Beer of the Month Club Review 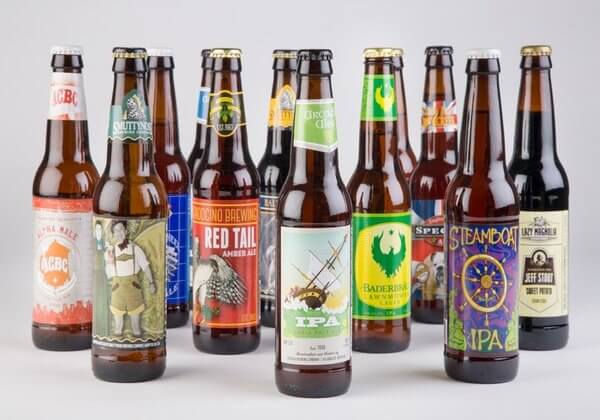 The fact that beer has become such a lifestyle beverage is really a little bewildering. Beer was, for a very long time, just something that people drank. Now people treat it a lot like they treat wine, talking about all the different compositions and flavors, really taking it seriously. While it took me a bit to come around to this way of thinking, I've definitely started to love it.

At some point, I decided that I really needed to branch out with my beer selection. Instead of going to the local grocery store and hoping for the best, I signed up for the Beer of the Month Club. It's been an amazing experience so far.

You shouldn't just take my word for it, though - take a look at how it works and what's in each box so you can come to your own conclusion about this excellent service.

Beer of the Month Club

Beer of the Month Club works a lot like the old-style mail-based subscription club. You sign up for the club, and you get the product in exchange. Unlike a lot of other beer clubs, this one isn't really 'lifestyle' based. It's not a club for people who want beer gear, for those who want to brew their own beer, or even for those who like beer swag. Simply put, this is just a club for those who like to drink beer.

This is also a box for people who want to tread outside of their own comfort zones. It's a service that allows you to pick the bounds that you'd like to stay within, but that will give you plenty of options at the same time. It's not a very complicated box and it doesn't go very far outside of the boundaries that you'd expect, but it manages to create a very nice experience.

Unlike many other subscription services, the Beer of the Month Club really sticks to one thing, and one thing only. You get beer in these boxes - not hats that advertise breweries, not cute cookies with corporate mascots, and not home-brewing its that will help you make your own beer. Every box is full of beer, and that's about it.

Now, that might not be a huge selling point for some, but it's actually really nice for others. What this means is that the money you pay is going towards getting you a great beer instead of filling up your box with little odds and ends. If you're signed up for this box, you're going to get the beer for which you've paid.

What you won't see in these boxes, though, are major breweries. The Club refers to the breweries from which it gets its beers as 'lightly distributed', so you might be vaguely familiar with a few of them. Each box you get is going to contain beers from two different breweries. You'll get four different beers from each brewery unless you choose the Rare Beer Option which will only get you one to three bottles.

The only thing you're going to get in the box other than the beer is a bit of paperwork. You'll get to learn about the breweries from which your beer has come, along with some basic tasting notes. This is excellent information for those who end up liking their Beer of the Month, and the extra information is a really good way to get to know your beer a bit better. It's not necessarily a must-have for anyone who gets the box, but it is a nice addition that doesn't cost anything to add.

There are a few different price points with this box, and they all vary depending the location of the breweries from which the chosen beers come. The least expensive box comes from American microbreweries, and it runs $29.95 per month, plus $15 in shipping. If you choose a mix of American and International beers (or just hoppy beers), you're going to pay $34.95 per month plus $15 in shipping and handling. Want an all-international experience? That will be $37.95 per month plus $15 shipping.

There's also an option to go with the Rare Beer Club. This club is only going to give you one of three beers per month, but they're all small runs from fairly well-known breweries. If you choose this option, you're going to pay $37.95 per month plus $14 shipping and handling.

The value proposition here is a little hard to describe. On one hand, you're looking at somewhere between $3.66 and $4.33 per beer, which isn't all that bad for a small run or unique beer. When you factor in the fact that some of these beers are almost impossible to get in your area, though, the price suddenly begins to make much more sense.

If you're really into beer and you want to try out some new tastes that might not be available in your region, the Beer of the Month Club might be a great fit for you. The only real downside here is that when you discover a great new beer, it might be hard for you to get more of it just because of the small-run nature of most of the brews.

This is a great service for any beer lover and even better for those who are still learning about beers. It's really one of the best ways out there to get exposed to new breweries, and definitely a great option for expanding your comfort zone. Give this service a try if you're willing to be adventurous with your beer.