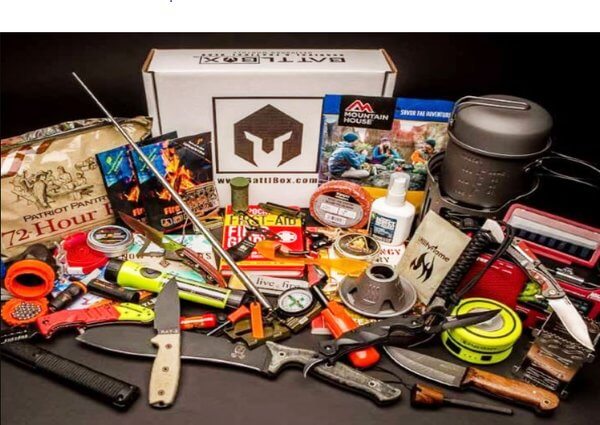 I take survivalism seriously. There have been enough natural disasters in my area of the last few years that I know the importance of always being prepared. Gathering all my gear is tough, though, and it's not always a fun process. That's why I'm happy that there is a product like Survival Boxes that allows me to get things one piece at a time.

I'm largely into survivalism for the preparedness aspect, so that's what I'm looking for in a subscription service. Survival Boxes does a great job getting me the gear I need, but it's important that you take a look at what it offers for yourself.

Since this is a fairly serious bushcraft subscription box, you're going to end up getting some fairly different stuff than you'd find in a free survival box. It's a good idea to know that ahead of time, because what you're going to find in the majority of these boxes is definitely not the same kind of thing you'd find elsewhere.

The best place to start here is with the food. There are plenty of survival boxes that include food, but these include food that's meant for long-term storage. These aren't just snacks for you to use while you're out hunting - they're meant to help you stock a long-term bugout bag or to keep your caches full when you're worried about things going wrong.

Unlike most other boxes, though, you can get a subscription that includes seeds. If you're not seriously into survivalism, this might feel like a weird addition. After all, seeds aren't for natural disaster survival - they're the kind of thing that you need when you're planning on going off the grid for a long time. The inclusion here really speaks to the fact that this box speaks towards a much different type of customer than most of its competition.

You're also going to get gear related to water here, which is a bit different. Storable water isn't something you're going to find in most subscription boxes, but you can get it in a few of the different box types from this company. You'll also get water purification gear, which is a little more common but no less necessary for that fact. The water-focused box also includes filters, which is a good addition for those who are concerned about water safety.

In addition to the things that set Survival Boxes apart, there are also some items that are in more in line with the rest of the market. Several of the subscription options give you gear, which is largely the same kind of gear that you'd get from any other survival box. The only difference here is that this gear is almost always practical - you're not going to see a lot of 'lifestyle' items included.

Finally, there are some premium tools and items that you might end up getting if you choose to go for the bigger gear box. These really are premium items, and some of them are actually fairly unusual. You might get camp cookware one month, but walkie talkies the next. It's good gear all around, but the premium stuff is really a great deal more impressive than anything else you'll get in the box.

As with many subscription services these days, Survival Boxes gives you a bit of a choice as to how much you want to pay for the service. If you're just looking to get survival gear, you can choose the Gear Only box for $29.99 plus shipping. If you're only interested in food and seeds, you can get the Bravo Box for $36.99 plus shipping. At a similar price point is the Water Only box, which costs a dollar less per month.

The value proposition here is a little harder to suss out than most, largely because the company doesn't make any public claims about the value of any given box. If you were to piece out each item, you'll find that most of the boxes are worth significantly more than you pay. That makes them a really good value for those who are looking to create survival caches.

Survival Boxes is one of the best pure survival boxes out there. It's got enough options and gear for anyone, and it's very useful for building up emergency supplies. Though it's light on the toys, it has everything you'll need for a survival situation.